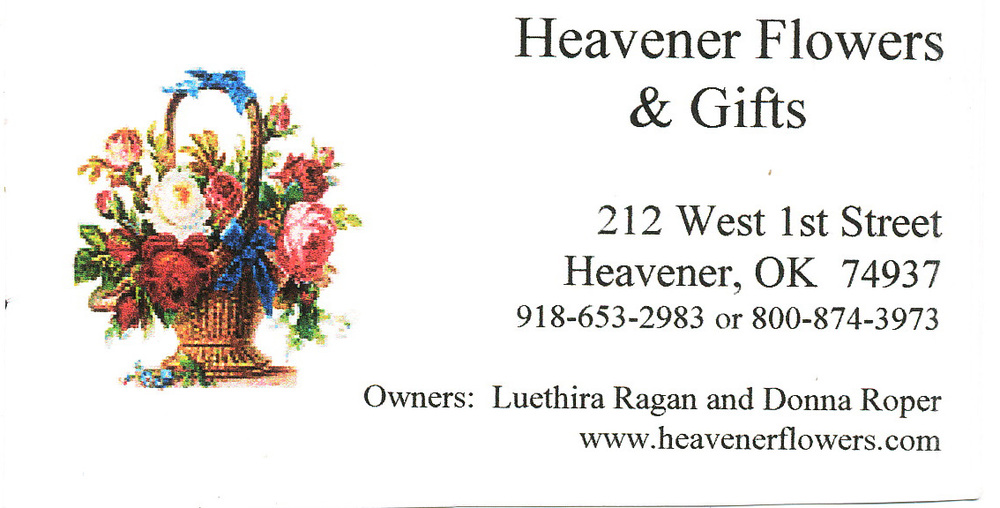 Heavener played against the Roland Rangers last Friday night. The Wolves lost 45 to 7. On offense, Heavener rushed for a total of 72 yards, with Connor Place rushing for 50 yards with 15 carries. The Wolves almost completely abandoned the passing game, with Ross McGee going 1 for 2 with zero yards and one interception. Jack Duschel got Heavener’s only touchdown, with a long kick return. On defense, Ryan Moore had 11 total tackles and two tackles for loss, and Ross Mcgee had 10 total tackles, with five solo tackles and 1 TFL. Jack Duschel had one fumble recovery, and Ryan Moore had one forced fumble and fumble recovery. Heavener plays at Muldrow this Friday night.

This story brought to you by Heavener Flowers and Gifts