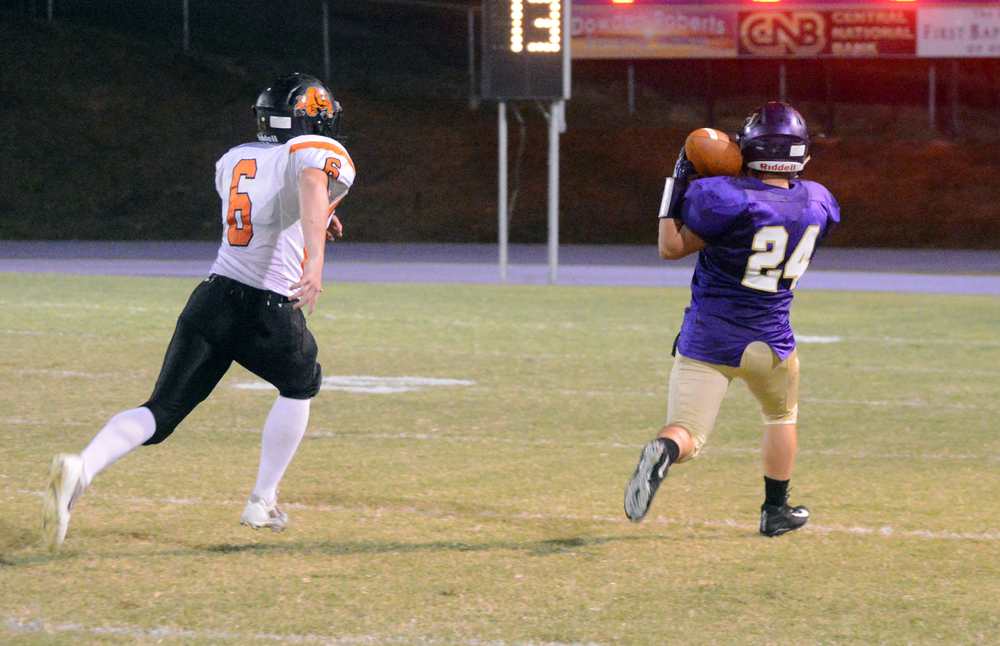 The Wolves played against the Valliant Bulldogs last Friday night. Heavener lost 60 to 21, however, this may have been their best game this year. Jordan Terry went off this week, throwing for 258 yards, three touchdowns, and two interceptions. Terry had a lot of help from his receivers. Jack Duschel racked up 113 yards and a touchdown, while Connor Place earned 119 yards, two touchdowns, and had an average of 39.7 yards per reception. On the rushing end, Ross McGee had nine carries for 38 yards and Jordan Terry had twelve carries for 25 yards. On defense, Jack Duschel had an interception  along with freshman Jonny Ardemagni also had an interception. Caleb Smith had 7 tackles, Jordan Terry had 5 tackles and 3 tackles for loss, and Brent Laneave had five tackles, two tackles for loss and two sacks. Noe Alvarado kicked three for three on extra points. The Wolves play the Vian Wolverines this Friday.