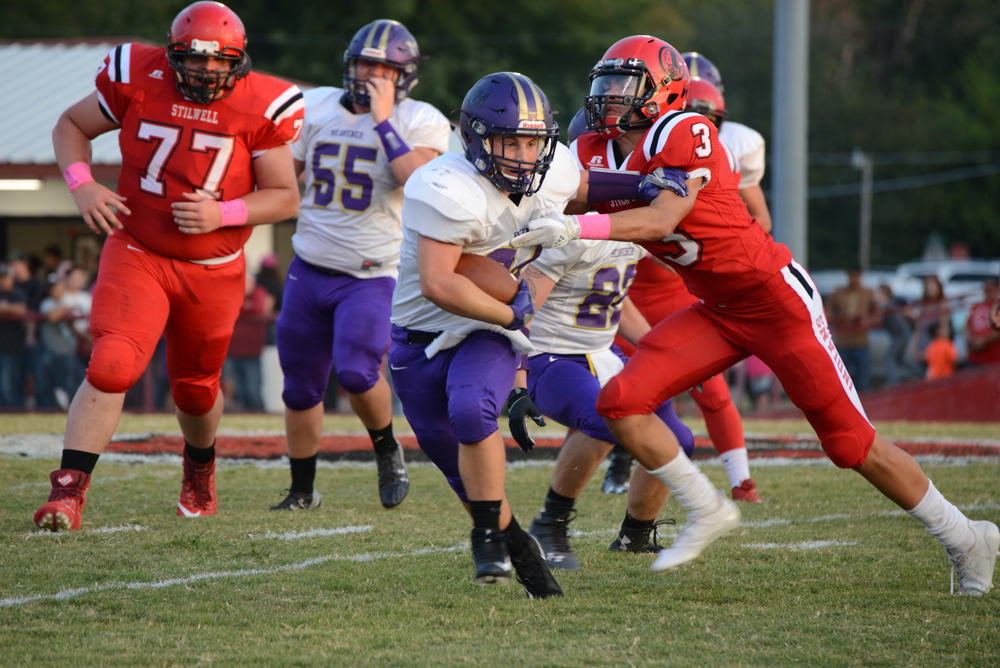 Heavener played against the Stilwell Indians on September 8th.The Wolves lost 55 to 13.The Wolves gave up 290 yards on the ground to Stilwell, but also came away with 3 fumble recoveries. On the receiving end, Heavener gave up only 167 yards. On offense Jordan Terry passed for 57 yards and was 11 for 21 on completions. While the Wolves came up short in passing yards, they rushed for 142 yards. Jacob Hill rushed for 84 yards with 15 carries and Connor Place rushed for 59 yards with 14 carries. Heavener played Valliant for their homecoming game this past Friday. Update to follow.