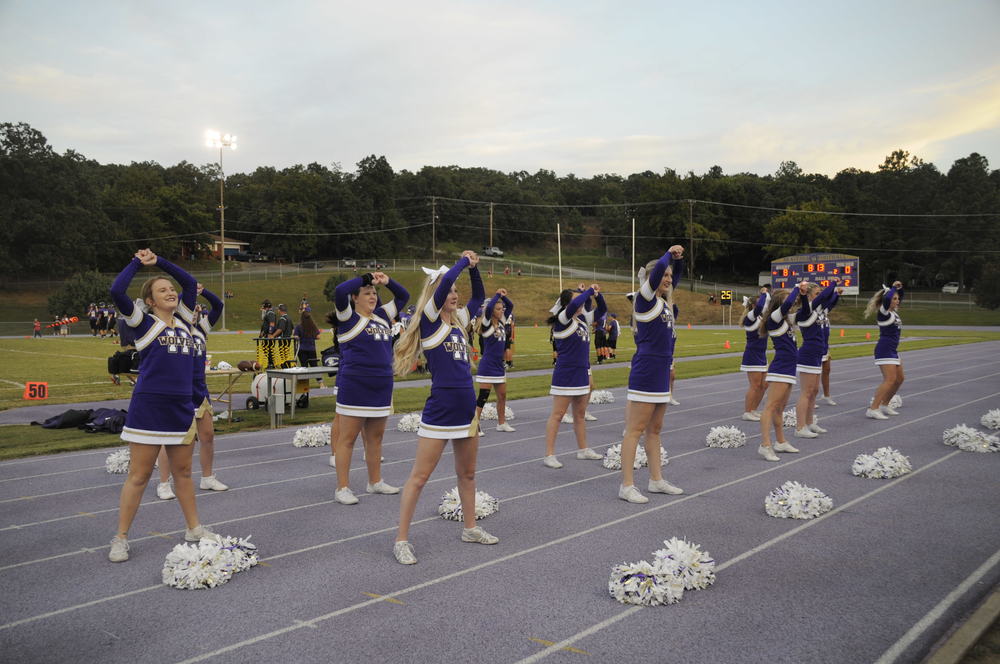 Cheerleading is now in session, and they have been practicing since April to prepare for fall. In addition to practicing for football games, they have been working on their competition routine,eager to defend their region champs title.Those placements have earned the squad a place at the state tournament for three years. A testament to their commitment on and off the mat is that they have been named academic champs for the past two years. They face regional competition on September 16th. Good luck, Purple!

By Gracie Summers of The Wolf Howls