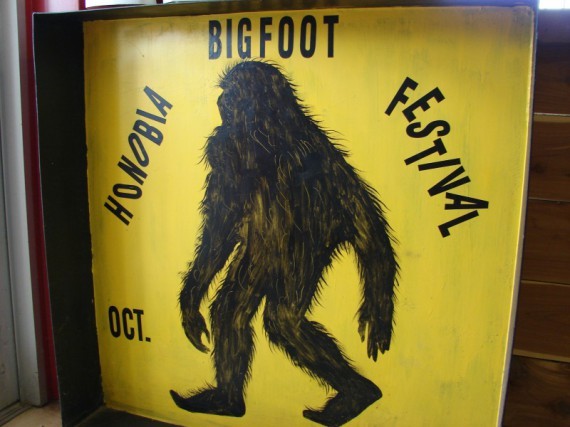 The answer to the age-old question, “Is Bigfoot real?” has been debated exhaustively for many years. According to The Bigfoot Field Researchers Organization, a Bigfoot or Sasquatch is defined as, “... a large, hairy, bipedal non-human primate that is distributed over the North American continent to varying degrees of concentration. Its massiveness, deviation from human bearing and different gait leave no doubt in the mind of observers that they have seen a creature different from man or known animals.”

Many skeptics argue that eyewitness accounts of “sightings” of bigfoot are just hoaxes. The BFRO argues that “There are, in fact, way too many eyewitnesses for this phenomenon to be purely imaginary, as skeptics assert. With such an abundance of eyewitnesses, who are so dispersed across the continent, and dispersed across the decades, the alternate skeptical explanation that the sightings are the result of hoaxers, in whole or even in large part, becomes much less likely.”

Professor Mark Wilson who teaches geology and natural sciences at the College of Wooster led a presentation on April 17, 2017, at Loudonville's Ohio Theatre that was titled, "A Scientific Perspective on Bigfoot," It explained why scientists do not believe it's likely the creature truly exists. According to Emily Mills of Mansfield News Journal, he said, "Scientists don't think it's very likely that Bigfoot is out there. There's no evidence yet to support the 'Bigfoot is real' hypothesis," "The problem is that eyewitness accounts are shockingly poor in reporting what actually happened," he said. "They make good stories, but they don't make good science.” When explaining why there should be many sasquatches out there but supposedly there are so few, he said, “Primates generally flourish in tropical and subtropical locations, like South America, equatorial Africa, and southeast Asia. It's not a likely place [United States] to find an unknown, bipedal hominid."

There are quite a few sightings of Bigfoot that actually took place in Le Flore County. Honobia, just an hour away from Heavener, is where an annual Bigfoot Festival is held. The festival is put on by the Honobia BigFoot Organization and they even give away scholarships to schools in the area surrounding Honobia. Obviously, there are believers in Bigfoot among us, here, in Le Flore County. The answer to the question of whether Bigfoot is real comes down to who you are asking. People who look at it from a scientific and logical side will tell you that bigfoot most likely does not exist. However, people who hear stories by word of mouth will tell you that Bigfoot does, in fact, exist. The debate is likely to go on and on for years to come, but perhaps one answer seems best for now; Bigfoot existing is a large possibility. There are many things that we don’t know about our world and that does not exclude our forests or woods. So, it is a possibility that a considerable amount of animals or plants live hidden away in the forest that  we have simply not come across yet. What makes you think Bigfoot isn’t one of them?